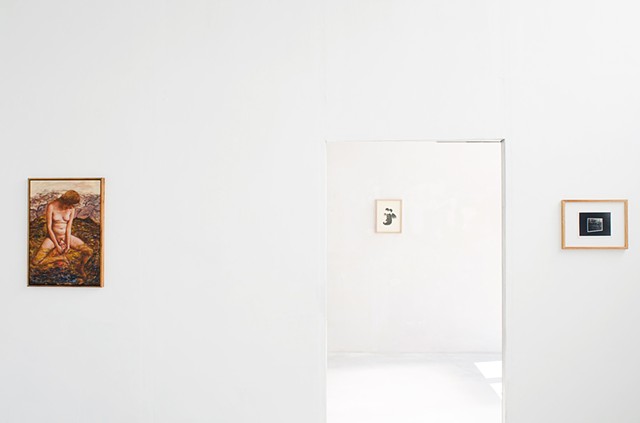 Being Mountains, Being Seas
< previous next >

5 years ago, in April 2012, Lateral ArtSpace was opening its doors to the public with a personal exhibition by Dragos Badita. Everything that happened since then could be easily described as a continuous long term transformation and learning process, for Lateral ArtSpace and for us personally, as we are committed to keep things moving regardless of the many difficulties our project encounters. Presenting new works by many of the artists that we collaborated during these past years, the exhibition BEING MOUNTAINS, BEING SEAS marks the fifth anniversary of Lateral ArtSpace. Thank you for being part of Lateral ArtSpace’s journey! The team: Cristina, Dragos, Lucian

Most of us feel time as a linear stream or flow of events, one succeeding another, but many argue that time is subjective and determined by the observer, meaning us, humans. Some are taking this further, claiming that actually we, the observers, create it. As Heidegger puts it, ”we do not exist inside time, we are time”. Hence, the relationship to the past is a present awareness of having been, which allows the past to exist in the present. The relationship to the future is the state of anticipating a potential possibility, task, or engagement. It is related to the human inclination for caring and being concerned, which causes ”getting ahead of oneself” when thinking of a pending occurrence. Therefore, this concern for a potential occurrence also allows the future to exist in the present. The present becomes an experience, which is qualitative instead of quantitative. This is one way of looking at it. Another can be more introspective, looking at the passage of time on both personal and social levels, and how desynchronized the two can be. Us against the generation of our parents, us against the ones born after 2000. And if we think about it, we do live in a reality where past, present and future are all available. There are people still living without technology, while some are spending their time on a space station. An interesting aspect about the perception of time is the fact that it is affected by emotions: fear dilates it, while happiness and having fun shortens it. These results have been found in studies on human reactions while watching various movies (horror, comedies, etc.) The power of moving images to condition the perception of time and space has been exploited since its inception. Watching the recent news, we have the sensation of acceleration of events, so many things happening, not enough time to process everything (for example some journalists claim D. Trump employs deliberately this technique, by creating many news in a very short span of time, making it very hard to keep up with). Since it is an anniversary exhibition, this type of event forces us to look back into our past activity with a contemplative attitude towards our own existence and purpose, but also with anxiety for what it is to come.