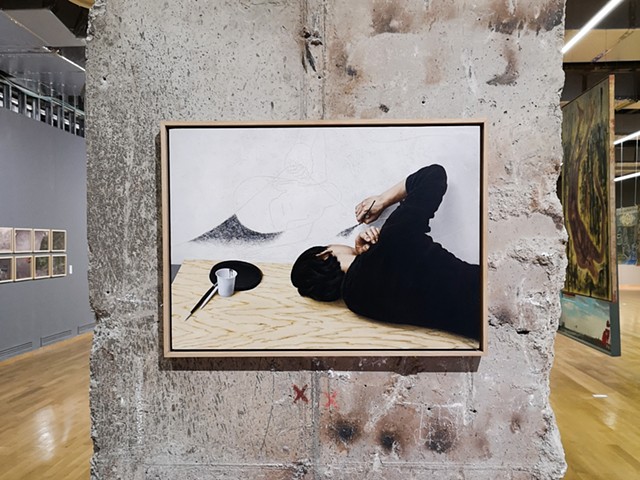 After 12 years. Artistic production in Romania in 180 works
< previous next >

Inherited mostly from other institutions and reflecting, up until 1990, the purchase mechanisms of the former communist cultural propaganda structures, the MNAC Collection reflects a nuanced outlook on Romanian artistic life, from a perspective guided not only by value criteria but also by an overview of the social, not only by value criteria but also from the complex perspective of social, economic and political contexts. The art acquisitions sessions organized following the establishment of MNAC Bucharest completed this fund with significant works — independent of ideological, political, conjunctural pressures. Through this approach, MNAC Bucharest emerged as the reference institution for the collection, conservation, research and museographic capitalization of representative visual creation in post-1989 Romania.

This year, the MNAC Bucharest budget was supplemented by the Ministry of Culture with 2,000 000 lei for the public acquisition of contemporary artworks. Launched in the context of the economic crisis caused by the COVID-19 pandemic, the first procedure for public acquisition of contemporary art in the last 12 years was aimed at living visual artists from Romania, active within the country and abroad. Its role was to provide an incentive for current artistic production and to increase the Romanian cultural heritage managed by the MNAC Collection.